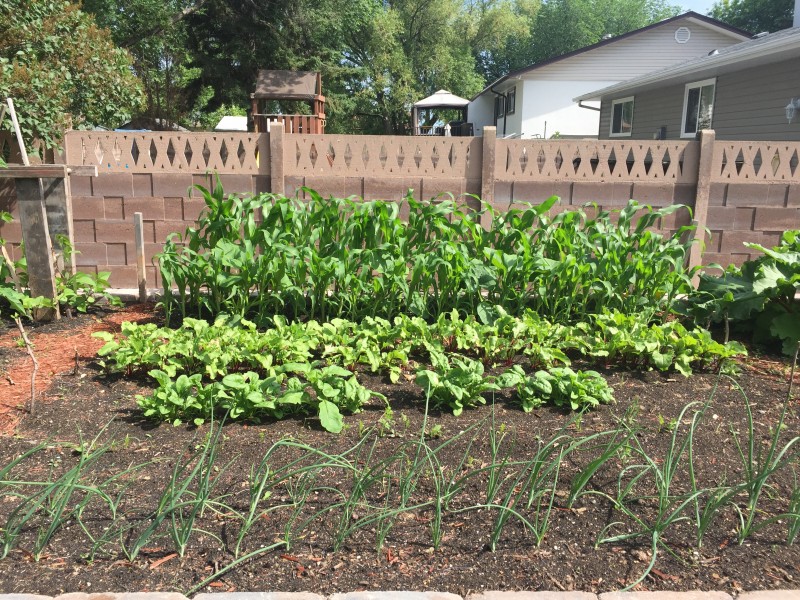 All our seeds. We planted one row of corn a week before the May long weekend, and one row a week later. The beets, spinach, and onions did really well. The empty spot on the right hand side of the spinach was where the lettuce failed.Like a lot of folks, we had a dismal result with carrot seeds and only had about two dozen carrots. So we planted a third row right down the middle with all our remaining seeds. Some of those eventually sprouted, but we aren't going to have as many as we'd hoped. 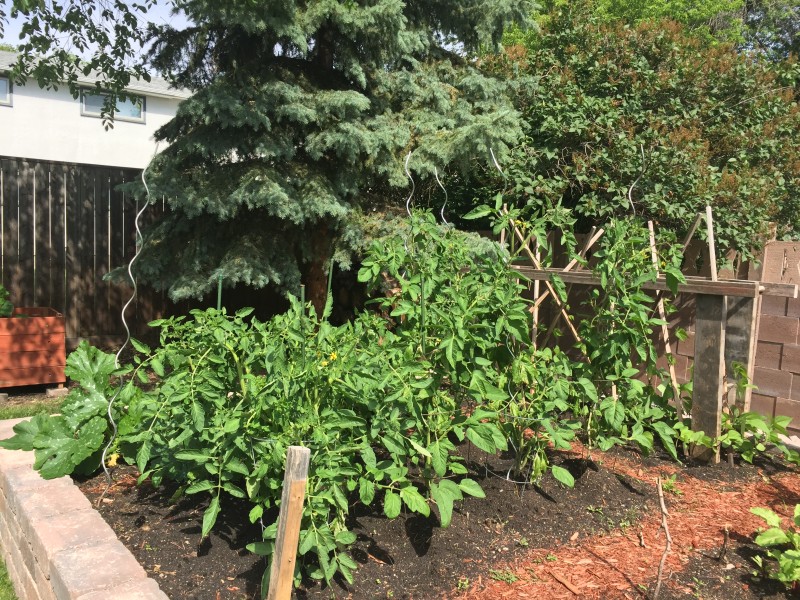 Our tomatoes really took off once they were out of their pots and in the ground. The zucchini (far left) took a while to get going but eventually got in the game. The beans were slow to start as well. 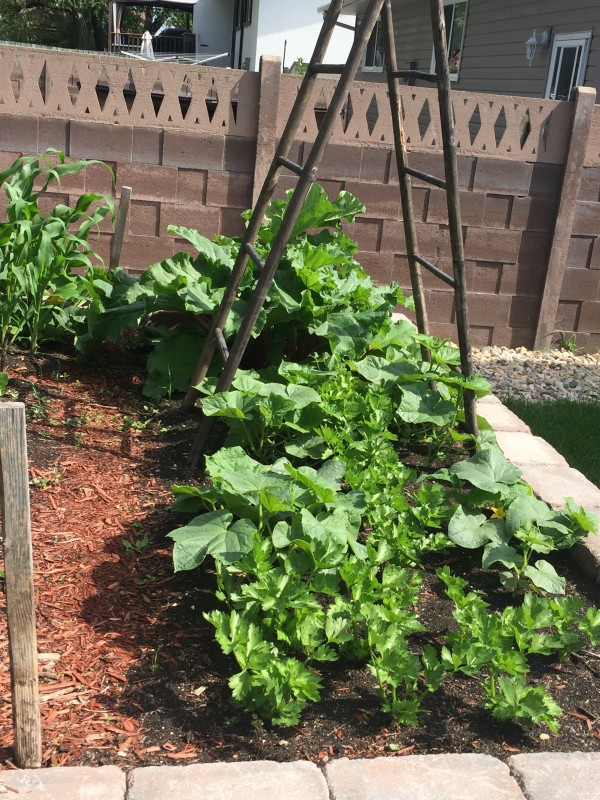 Check it out - we grew celery! A lot of celery. The cucumbers weren't using the frame yet, but we discovered pretty quickly that we'd overprinted this little area. The rhubarb in the back has already recovered from multiple pickings. 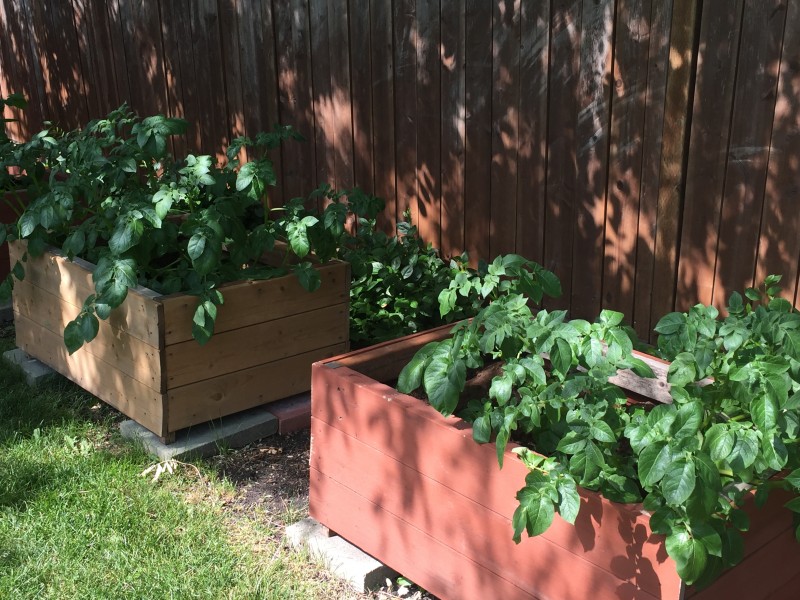 We built five of this 2'x3' garden boxes last spring when we realized the pandemic was going to keep us at home over the summer. This year, we turned three of them into potato boxes (picture), one into a pepper box, and used one for roma tomatoes. 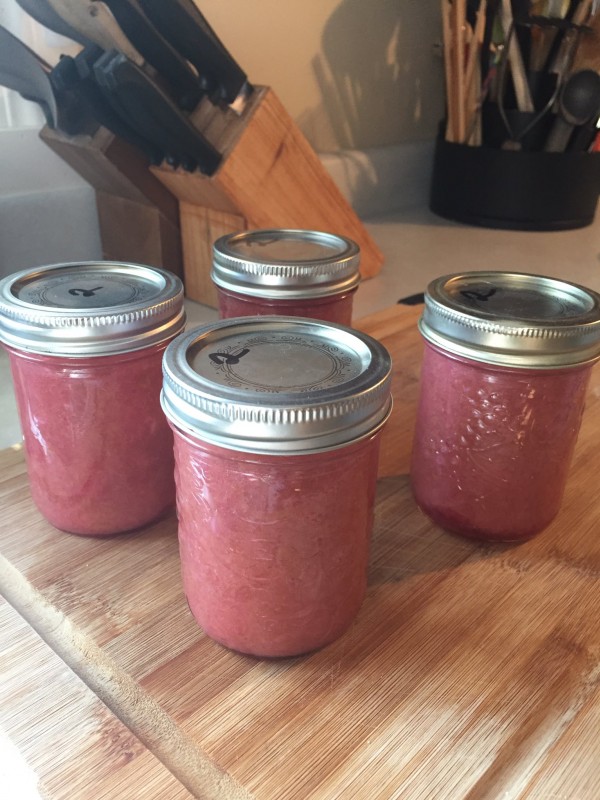 All the seedlings we transplanted from the seeds we'd planted in May, and the seeds we'd sown directly into the garden had taken well to their new homes. In fact, we were able to start harvesting! Yes, it was only the chives and rhubarb in June, but we got 4 jars of stewed rhubarb and a couple rhubarb crisps made.