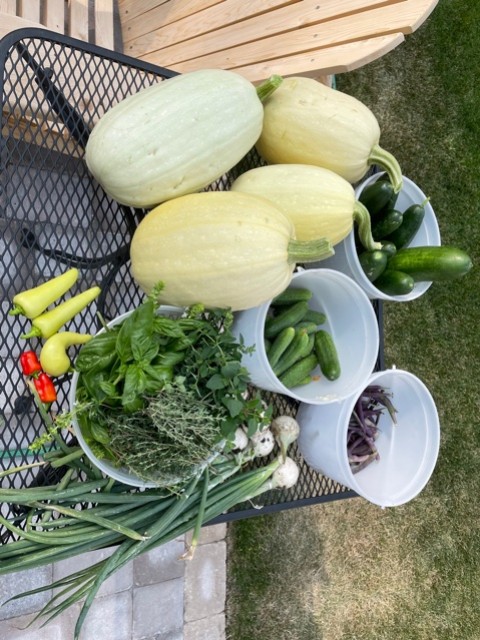 We're a week into August and we can't stop running.

We began our holidays on Friday at 5pm. Two weeks of relaxation. Yeah, right :)  We started a stroll through the garden. Here's what we ended up with - in one picking!

over 20 lbs of spaghetti squash!  This is only 4. We have at least 8 more growing! 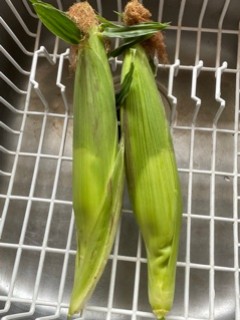 The early corn is ready. We're only picking a couple of cobs at a time right now, but soon we'll have to do something with it. I'm considering borrowing (or buying) a pressure canner, but that's a big investment for something I'm not sure I'll enjoy.

Now that we've measured a pail of field cucumbers and come up with just shy of 5 lbs, I can estimate that we ate or gave away 15 lbs of them in July. Seriously, we were eating one or two a day, plus pawning them off on whoever we could.

Then we have the beets. 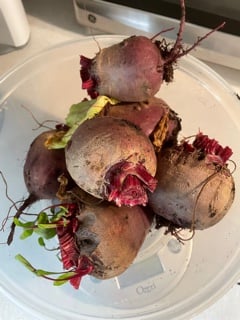 Last weekend, I made a double batch of borscht to freeze for eating over the winter. That's 10 containers. It called for 2 lbs of beets. That only used six. SIX. Thankfully, my sister took two big baskets of beets, but we planted two 12' rows, and we have more than half left. We'll be pickling this week. And eating roasted beets. And I'll beg my sister to come back again.

We have enough cucumbers to make another batch of pickles, and since it's waste-not-want-not, we bought another box of quart jars. The potatoes that we planted in the former zucchini area have sprouted, which is a great sign. We continue to hand out field cucumbers like candy at Halloween. And I'm giving my sister the 6 lb spaghetti squash, which is only fair because she's the one that spotted it half-hiding under a rhubarb leaf.

Our big tomatoes still haven't turned red, but we're getting a handful of cocktail tomatoes every day, which is nice. The beans are really starting to come in. We've enjoyed several meals, but are picking more every day so we can start blanching and freezing them. If I get a pressure canner,  I'll also look at canning some beans.